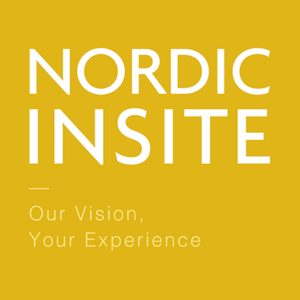 When in 2017, the EAU (European Association of Urology) declared that Copenhagen was chosen to host the 33rd European Congress in March 2018, all the incoming agencies welcomed the arrival of the 10,000 participants.

When the EMS (European Emergency Medical Services) announced its World Congress around the same time, with a potential participation of 10,000 members, those same agencies began to wonder whether there was the capacity to handle such large numbers . And when ERA-EDTA (European Renal Association – European Dialysis and Transplant Association) announced the arrival of 10,000 people in May, we really did wonder.

The shortage in hotel and restaurant capacity, unsuitable public transport and a serious lack of transport companies serving Copenhagen forced agencies into a rethink. Due to the lack of a standard method of reception, the agencies organising the events for these three congresses had to help each other. Hotel prices went through the roof, menus were negotiated a year in advance, and Swedish and German transport companies were called upon.

Pharmaceutical companies, whose divisions are spread across different continents, had previously contacted different event agencies without any liaison between their divisions.

Advised by VisitDanmark, and in order to solve the inevitable challenges the situation presented, the competing agencies started considering co-opetition, a particular mode of operation little practiced in a fiercely competitive market..

NORDIC INSITE therefore teamed up with several other French and Danish agencies to solve the logistical challenges faced by the same customer who originally contacted different agencies.

An effective synergy of collaboration between the various agencies quickly became a reality. The other incentive agencies (our competitors) had years of experience of event organization while the NORDIC INSITE founder has a track record of 20 years of project management in the IT industry and is a Prince2 practitioner: budgets, resource management, project plans, milestones, reporting … that is to say all the toolbox and vocabulary understood and used by companies. We offered the client management under a common umbrella, common methods, joint budgets for all divisions and all employees of these pharmaceutical companies.

We achieved great results! Over a period of exactly one month, we managed more than 1,200 participants, including 850 over a period of 3 days. This represented 3,600 overnight stays spread over 8 hotels, more than 9,600 lunches and dinners, 22 gala evenings, a team-building with 120 participants, 7,200 transfers by private coach, 1,200 conference bags, a hundred packed baskets and boxes and 1,200 boxes of wrapped “Danish Butter Cookies”. On the client side, there was a well-run organization team; and on our side, a “co-opetition” team getting to know each other and cooperating with 2 different working cultures. During this one-year preparation, we increased our project team from 4 to 8 people, contracted 23 hostesses, 1 photographer, 1 sound engineer, 1 student still on the starting blocks … it completely changed our work processes.

This experience of pooling skills and resources was extremely beneficial for our client but also rewarding for our two agencies. It was a huge professional challenge and we are proud to have achieved our goals. Having managed our teams together and successfully completed our projects during this period of extreme intensity, we have been able to collaborate on other projects since then. 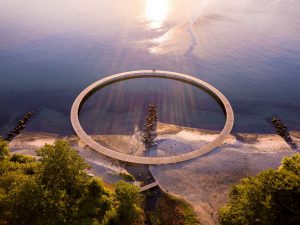 The sublime power of Danish waters

Receive monthly news from Scandinavia and our business.